After a relatively straight forward journey, most of which I spent shaking with fear and dread, I have now arrived in this wonderful city. On the plane, I was blessed to be sat next to two other solo English travellers, who were able to calm my nerves a little by chatting away about how they adored Bordeaux. We arranged to potentially meet up at some point in the future, and whether that happens or not, for me it was the first sign that I’m probably going to be alright here.

I then reached the hostel I will be calling home for the next month, and I can say nothing but great things about the welcome I received here. While a ridiculously tall Austrian guy hauled my whopping 31kg suitcase up the stairs, I was meanwhile hugged, handed a glass of wine and offered a plate of hot food. 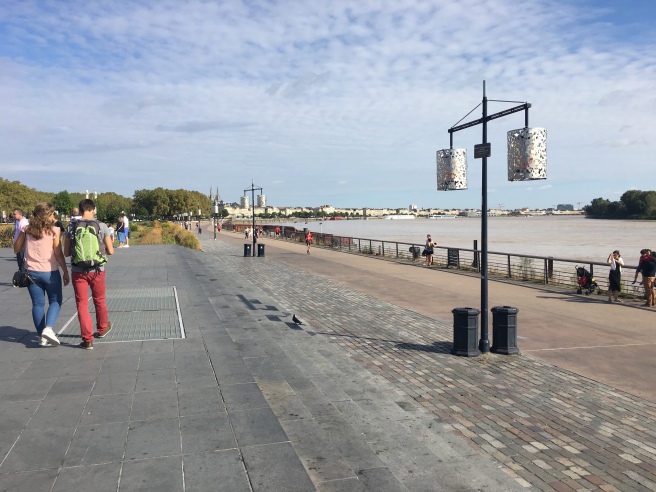 After just one day living in a hostel I have already been able to meet such a diverse group of people with some simply fascinating stories to tell. I’ve met people from Germany, Spain, Brazil, New Zealand, Ireland, Indonesia and Colombia, to name but a few. Hostels are places where extraordinary people unite and share their stories, and I’ve found that travel has a way of creating the most unlikely but equally wonderful friendships.

My first full day in Bordeaux was spent fulfilling the “British Tourist in France” stereotype which, however cliché it felt, I very much enjoyed.

I met up with a German girl from the hostel and we set off on a slow wander through the beautiful old streets of Bordeaux. We found ourselves in a pâtisserie, a boulangerie (yes, a baguette was purchased…) and a strange fish/aquarium-type shop where we found Nemo and Dory. 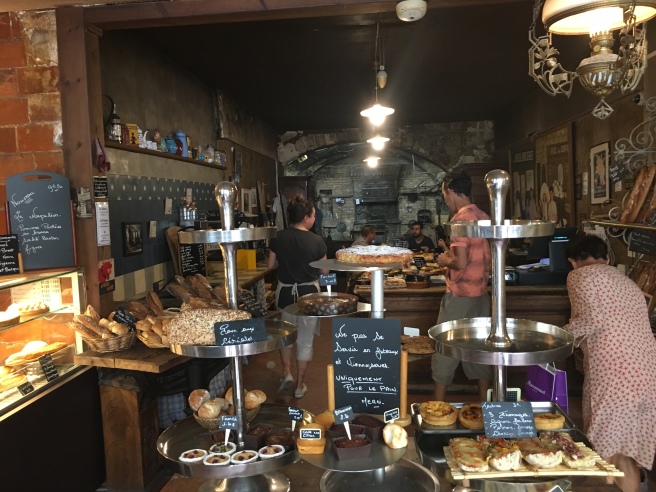 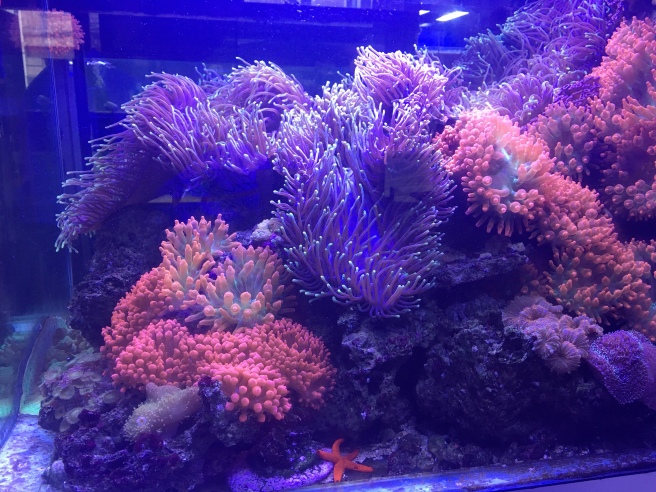 So far, the main language spoken in the hostel is English, so my limited French skills have not yet had a chance to flourish. However, I have now been approached twice by French men asking for a lighter, to which the well rehearsed response is “Non, désolée”.

Bordeaux has treated me well so far and I’m thankful for that. I haven’t been mowed down by a tram. My suitcase did not comically explode on the journey as I envisaged it might. I’ve met some funky people and I’ve discovered possibly the finest tasting hummus in existence (in Carrefour!!). Things are looking up.

View all posts by Emily

6 thoughts on “Upon arrival in Bordeaux”